Butterfly gardens are popular for a reason—not only do they change the look and feel of a backyard space, but they provide a number of practical benefits.

Butterflies are beautiful and breathtaking. Butterflies are also skilled pollinators. This simply means that colorful butterflies are attracted to the same colorful flowers in your garden. Butterflies feed on the nectar of flowers, traveling from one to another. This process of pollination supports the healthy reproduction of plants and flowers.

Your garden plants need powerful pollinators like butterflies to thrive. 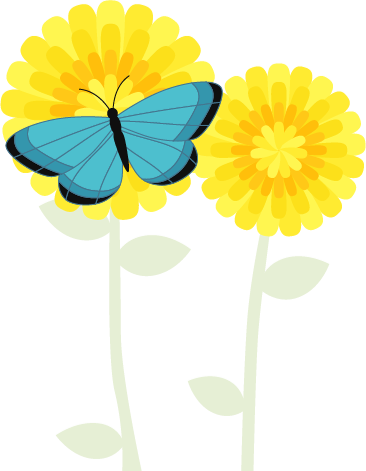 Dr. Leonard P. Perry, extension professor at the University of Vermont Department of Plant and Soil Science, explains the importance of the beautiful butterfly,

“Searching for nectar they help pollinate plants, ensuring seeds for future generations. They are part of the food chain, serving as prey for many birds and small mammals.”

Because of this, a butterfly garden provides several important benefits to the environment:

A butterfly garden is inviting because of its host plants. Carefully selected host plants will provide regional butterflies with a safe place to lay their eggs and ensure species survival. 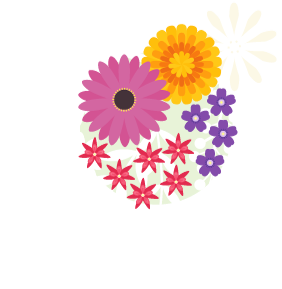 Butterflies are highly sensitive to pesticides. An organic butterfly garden maintained without dangerous chemicals will support a complete natural wildlife habitat; caterpillars and adult butterflies are eaten by birds and lizards higher up on the food chain. 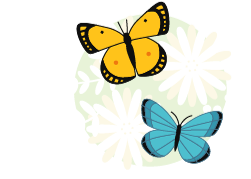 Butterflies have been studied for their rare beauty for more than 300 years; a backyard butterfly garden is peaceful and unique in its visual appeal.

The lifecycle of the butterfly has long been used to teach children about complete metamorphosis in four separate stages; children can observe in a backyard or study in a butterfly garden at school.

but there is much more to the picture.

Butterflies are of great scientific value. Butterflies are considered by many scientists to be “model organisms” and have been studied for centuries to support biological research. 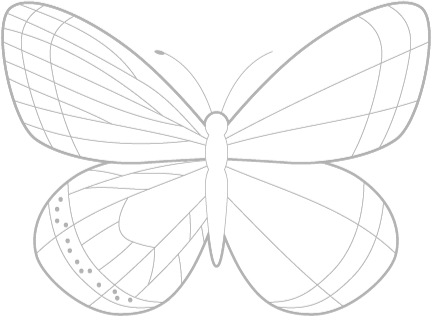 Specific areas of focus include:

“Butterflies and moths are arthropods belonging to the insect order Lepidoptera. Their lifecycle consists of four phases: egg, caterpillar, chrysalis, and finally butterfly. They serve as pollinators and are a source of food for some animals. As such, their presence is an indicator of the health of the environment.”

DEPENDING ON WHERE YOU’RE LOCATED, YOU MAY SEE ENTIRELY DIFFERENT SPECIES OF BUTTERFLIES. 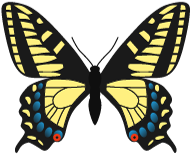 In the Pacific Northwest,
you may find the black and yellow striped Anise Swallowtail that feeds on fennel, dill, and angelica plants as a caterpillar.

In the Midwest,
you may see the striking Orange Sulfur butterfly, also called the Alfalfa Butterfly; Alfalfa Caterpillars feed on legume plants and alfalfa fields.

Butterflies emerge from their cocoons in early spring. Butterfly migration in the fall is observed in different parts of the country each year; the first Monarch migration of the 2014-2015 winter season was tracked in Mexico on November 2, 2014.

As you may have gathered, butterflies are most often associated with warmer weather. Butterflies hatch from cocoons as temperatures rise in the spring. Cold-blooded butterflies fly best above 70°.

The average lifespan of a butterfly is roughly one month. Monarch butterflies may live up to nine months.

For this reason, the typical lifecycle of the butterfly will take place in the following steps:

How to Attract Butterflies to Your Garden in 5 Steps

Cultivating a beautiful backyard escape for butterflies is easier than you may think:

Flowering plants attract butterflies to a garden, but not just any flower will do. The right butterfly-friendly plants will encourage butterfly activity, such as feeding and laying eggs to support population.

Native landscape plants are always recommended. Butterflies will be most attracted to lay eggs on native host plants, which further support the natural ecosystem and may attract wildlife. Plants of different heights and growth cycles are recommended for butterfly diversity.Consult with a local nursery to select plants with different bloom times throughout the growth season. 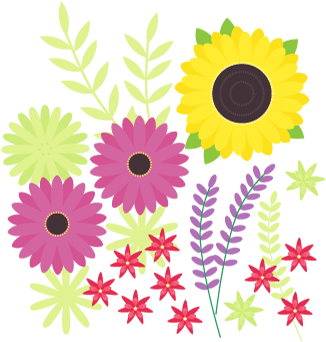 Continuous plant growth will help your butterfly garden to remain attractive and active for the majority of the year. Last of all, think about the type of flowers you select. Different butterfly species are attracted to different colors of flowers. The more colors you have in your garden, the more inviting—and beautiful—it will be.

Native, butterfly-friendly plants are critical, and prime location sets the scene. Butterflies are rarely observed feeding in the shade. The best location for a backyard butterfly garden should include several sunny spots that also provide shelter from the wind. 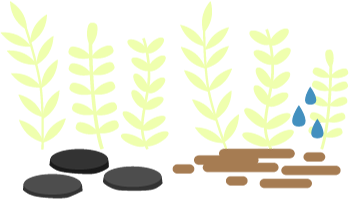 The NABA states, “Properly placed, trees and shrubs will shelter your garden from wind, which makes it easier for butterflies to explore your location.”

The ideal garden location should receive at least 5 to 6 hours of sun each day.
Flat stones can be placed around this central sunny spot to provide butterflies with a place to rest & warm up.
And don’t forget to add water—butterflies need a water source too. Keep a mud puddle moist in a sunny area of your garden or set out a bucket filled with wet sand. 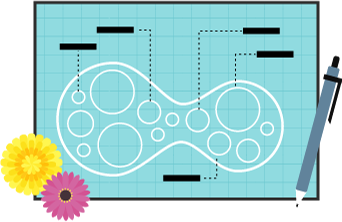 From there, it is important to draw out a sketch of the butterfly garden you envision. This will include garden dimensions and plant plots, centered around a sunny spot for butterflies to bask.

When in doubt, start your butterfly garden small and plan to expand year after year.
Similar plant types should be grouped together to help butterflies easily find your garden.
Plant groups will ensure that butterflies remain and collect nectar to pollinate.
Large, brightly colored flowers or clusters are recommended in a number of colors, sizes, and blooming seasons.

Now it’s time to start digging. To clear a space for your backyard garden, you’ll need the right gardening implements:

Butterfly garden preparation focuses on the motto, “Out with the old, and in with the new.” Your butterfly-friendly plants won’t thrive if there are noxious weeds in the area. Prepare your garden plot by weeding, tilling, and digging new holes for seedlings in designated spots.

Smaller flower species can be placed in front of taller plants to maximize space and accessibility.

After your hard work is done,

you can enjoy your butterfly garden in season

You can also certify your garden through the NABA Butterfly Garden Certification Program. This certification confirms a commitment to creating a natural habitat that supports butterflies and other pollinators.

Certified butterfly gardens must include at least:

Pesticide use is discouraged

10 Beautiful Butterflies You Want in Your Garden

Butterfly species will vary by region, but consider yourself lucky if you see one of these beautiful creatures in your backyard: 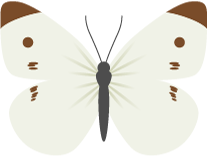 Can be found in North America, Australia, and New Zealand, as well as Europe, North Africa, Asia, and Great Britain; prefers host plants in the cabbage family and is considered an agricultural pest. 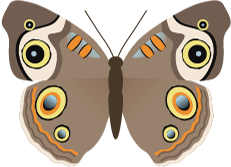 Native to the southern US and coastal California; prefers herbaceous host plants. 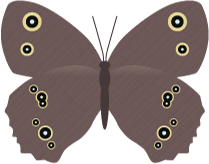 Can be found through most of the US and southern Canada; prefers host plants of various grass species. 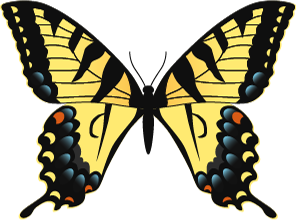 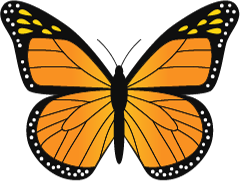 Considered the most popular butterfly species, native to North and South America; Monarch butterflies are known for their annual migrations and prefer milkweed host plants. 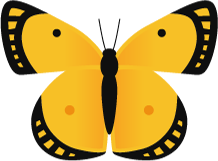 Native to the US and southern Canada with north migration; prefers herbaceous host plants and open habitats. 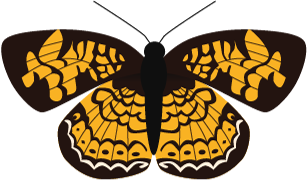 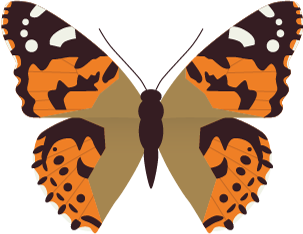 Also called the Cosmopolitan butterfly in North America; the Painted Lady can be found on almost every continent, except South America and Antarctica. Species is popular in classroom settings and prefers a variety of host plants. 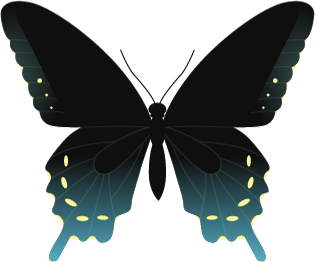 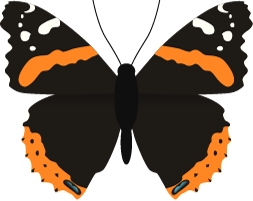 Can be found in temperate parts of Europe, Asia, and North America; caterpillars prefer nettles, and adults are attracted to flowering plants and overripe fruit.

Tips for Butterfly Garden
Maintenance and Safe Pesticide Use

Once you have your butterfly garden plotted and planted, the hard work isn’t done yet. Regular maintenance is needed to keep the space clear and attractive to butterflies. Long-term garden maintenance includes: 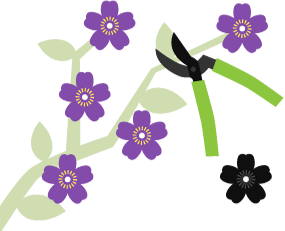 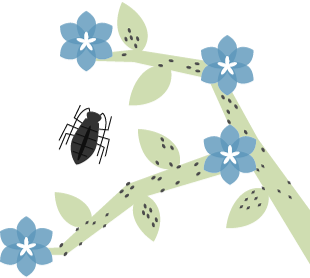 Butterflies are sensitive to chemical pesticides in all stages of the lifecycle. Spraying pesticides in your garden could thwart your best cultivation efforts. Garden pest issues should be treated locally with beneficial insects to control harmful pest populations.

If you want to see success in your butterfly garden, steer clear of pesticides.

Here are a few quick tips you can use to keep garden pests out:

There are plenty of good bugs that can keep pests out of your garden: Ladybugs feed on aphids; ground beetles eat grasshoppers, aphids, and housefly maggots; boat-backed beetles eat snails and slugs.

If natural methods don’t do the trick, consider non-toxic pesticide alternatives made from organic oils and ingredients, like neem oil, to kill unwanted garden bugs. 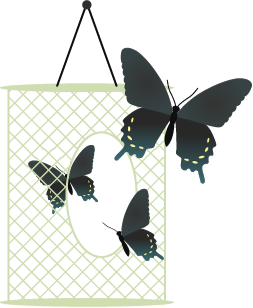 If your home or apartment doesn’t afford the space for a backyard garden, you can still observe butterflies in their natural habitat with a butterfly house. A butterfly house can be made from netting, hoops, and rope to provide educational benefits, at home or in a classroom. Butterflies can hatch and feed on nectar plants within the simulated habitat. Butterflies are then released once they mature as adults.

to observe in nature

The more you watch, the more you learn about this incredible species. On a warm spring day, you may find several butterflies “sunning” themselves to raise their temperatures. In hot weather, butterflies change their wing position to minimize sun exposure.

But don’t expect a butterfly to linger much longer. Butterflies have hair-trigger motion detectors. If they sense a predator, or a human, approaching, they will quickly take flight. This makes a backyard butterfly garden the perfect place to relax and cultivate peace. 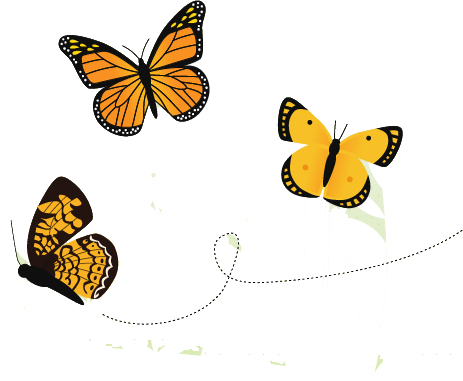 To watch butterflies undisturbed,
you must quietly observe.

Sudden movements will destroy your sanctuary and drive nature’s beauties away.